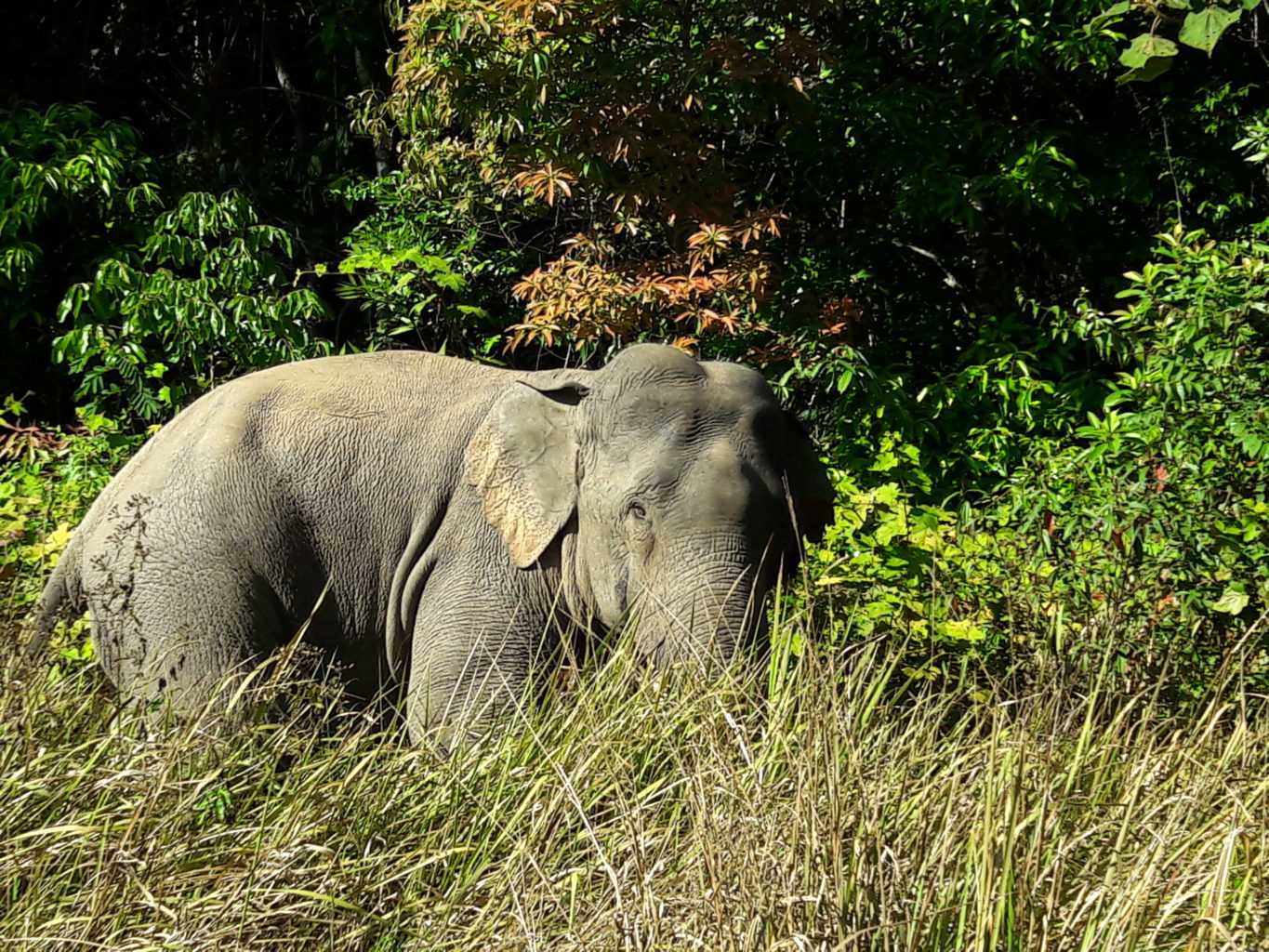 A safari vehicle picked me up early in the morning for a full-day adventure through Thailand’s oldest national park, Khao Yai. Another three pick-up stops followed by a 75-minute scenic drive from Pak Chong to Khao Yai’s Visitors Center. With our leach socks on, we were now ready to roam through the jungle. Our hiking group was just as diverse as the wildlife in the park: Pia and Peter, a Danish couple, Nicolas and Frederic, two Danish high school graduates, Mary, a traveling-alone French girl, Rick, an eight-year-non-stop-solo-traveler from the UK, a French couple, and myself, the only Eastern European. 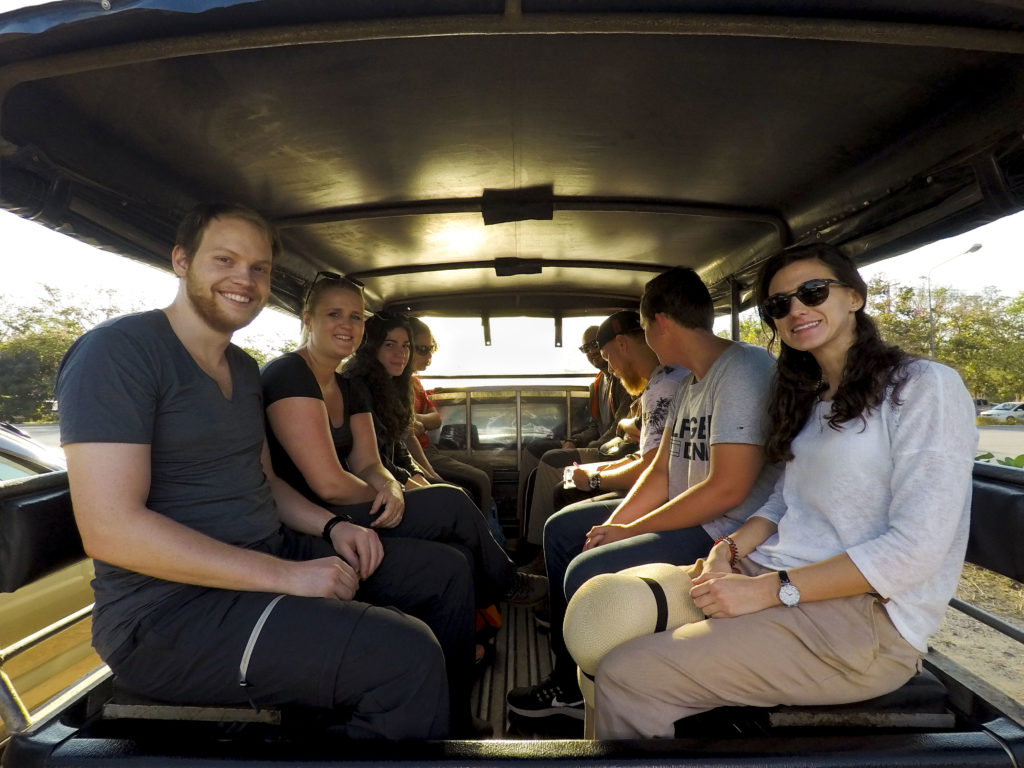 Our expedition started with a slow drive through the jungle. We made several stops – to observe the hornbills with telescopes hiding up in the gigantic trees, to watch the gibbons swinging through the trees, to wait for a tarantula to come out of its hole. It was lively in the van. Everyone was telling their story, where they have traveled and why. And it seemed that all of us ended up in Khao Yai, as it was one of the very few places in Thailand, where you can see elephants in their natural habitat. That meant they were wild and free to dwell in the small patches of untouched forest as opposed to being domesticated in a sanctuary where you could bath them, feed them or worse – ride them. 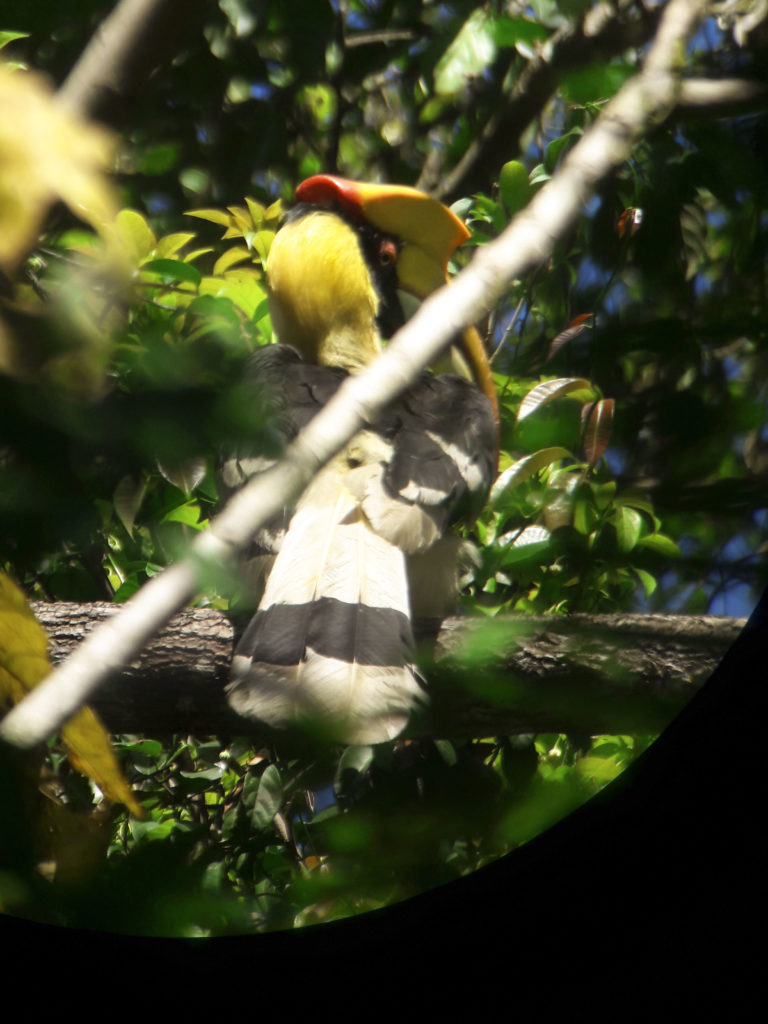 A hornbill through a telescope 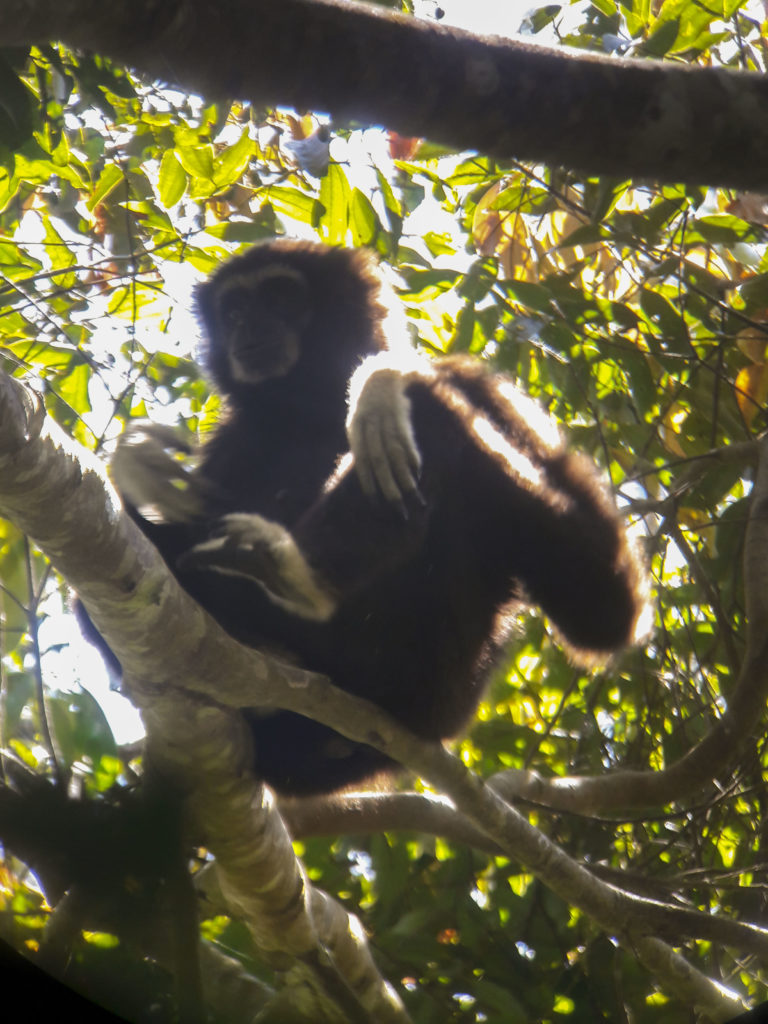 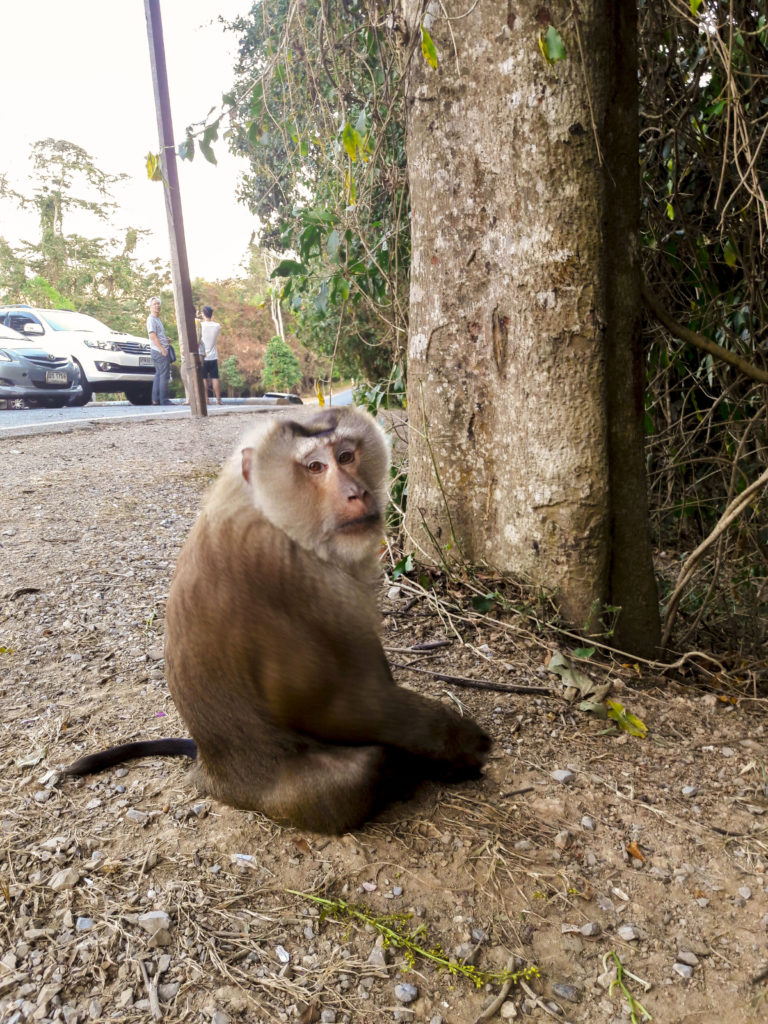 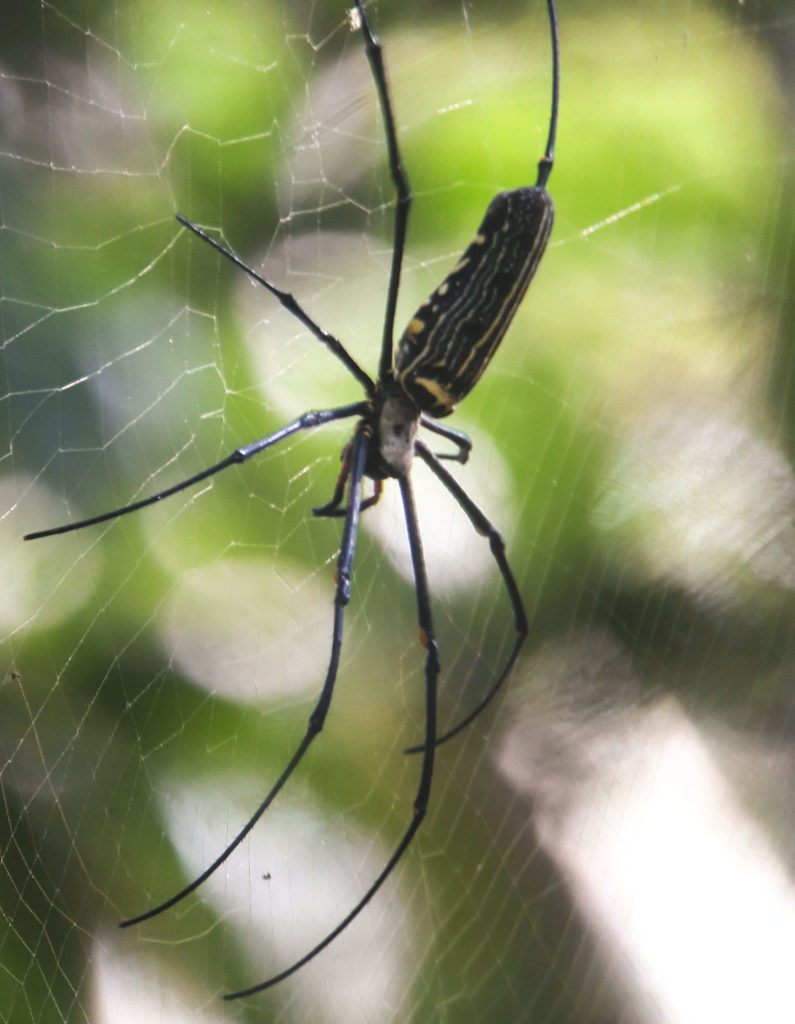 One of the many gigantic spiders

Our guide explained to us that spotting elephants in their natural habitat in Asia is a lot more difficult than in Africa as population numbers are much lower. Another obstacle was the dense jungle where they liked to hide. The only chance to see them was when they were crossing the roads and that required luck and perfect timing.

The day was coming to an end. A scenic waterfall was the last stop before heading back. Not even meeting the notorious crocodile, who had bitten a French tourist trying to take a selfie a few months ago, could compensate for not seeing the elephants. 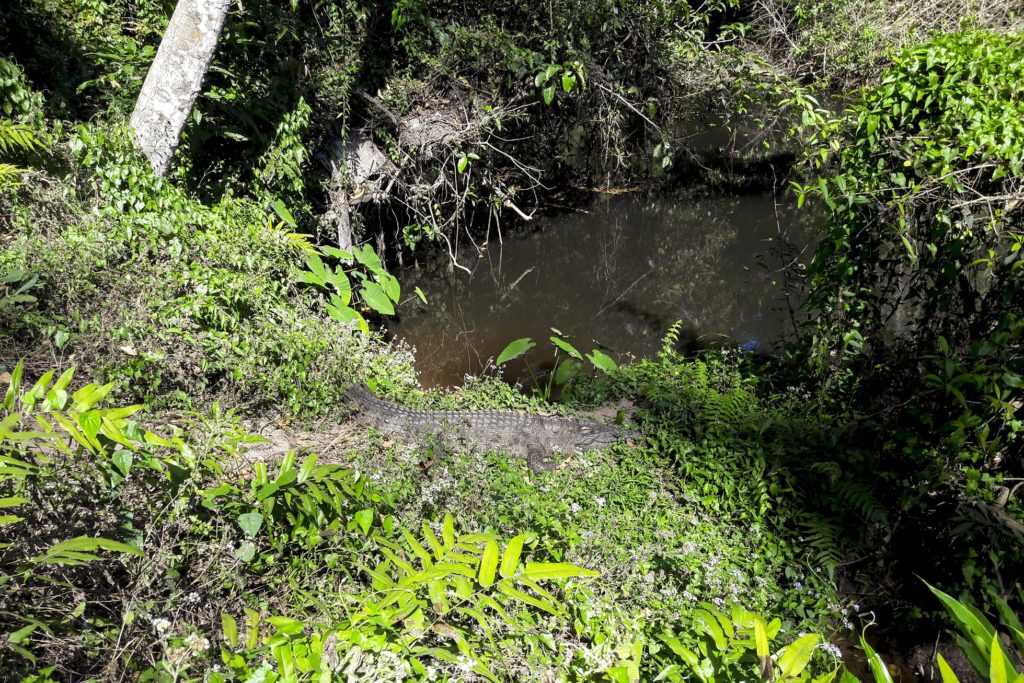 We had given up all hope to see them until … our guide’s phone rang. After a minute conversing, he turned back to us excited: “I know where the elephants are.” Chanting. He stepped on the gas. A 15-minute drive followed. We slowed down at the sight of another two vehicles waiting in the distance. That’s the spot. With our bodies sticking out of the pickup with a camera in each hand, we were full of eager anticipation of the meeting.

And there he was in all his magnificence. A male crossing the road. He was walking slowly, gracefully, ignoring us, the onlookers. That was not my first time seeing an elephant. I had seen them many times in zoos around the world. However, this time it was different. There were no bars or fences, no sadness or pity. Only respect and admiration towards the wild animal. We stayed in the van, about 20 meters away from him, with eyes staring, afraid to blink not to miss any of his steps. Only the flash of cameras and occasional oh-my-goshs were breaking the silence. He looked at us as to say goodbye and disappeared somewhere in the deep jungle. 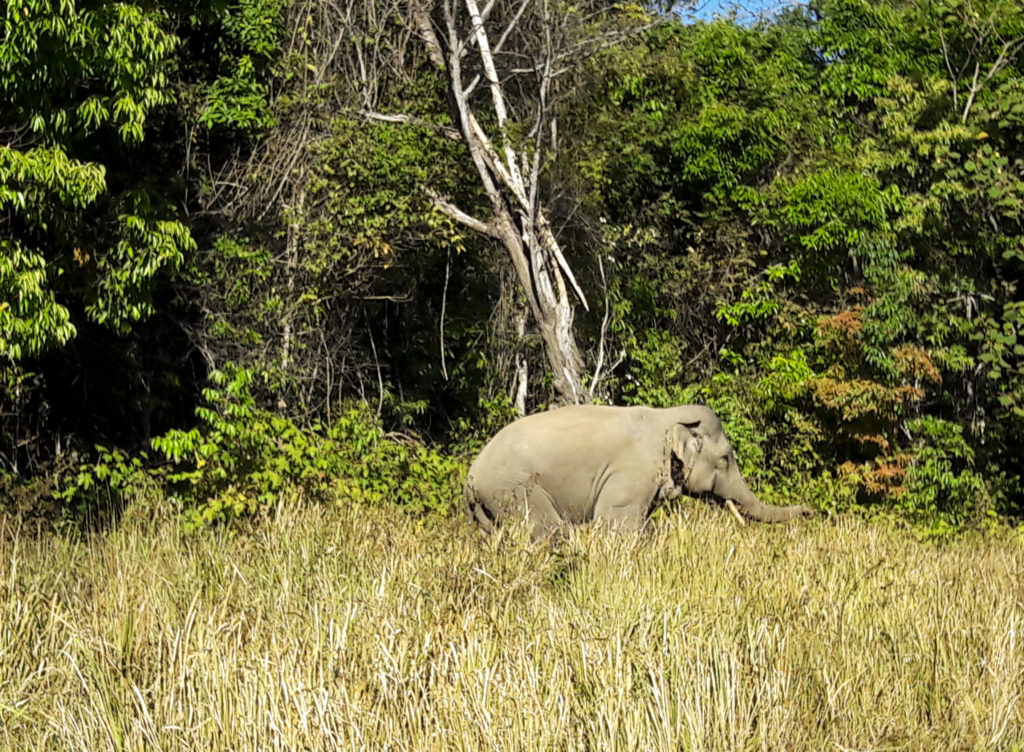 We didn’t talk much on the way back. We were happily tired, reflecting on the experience. Our elephant quest was completed.