Bangkok, where life is happening on the street 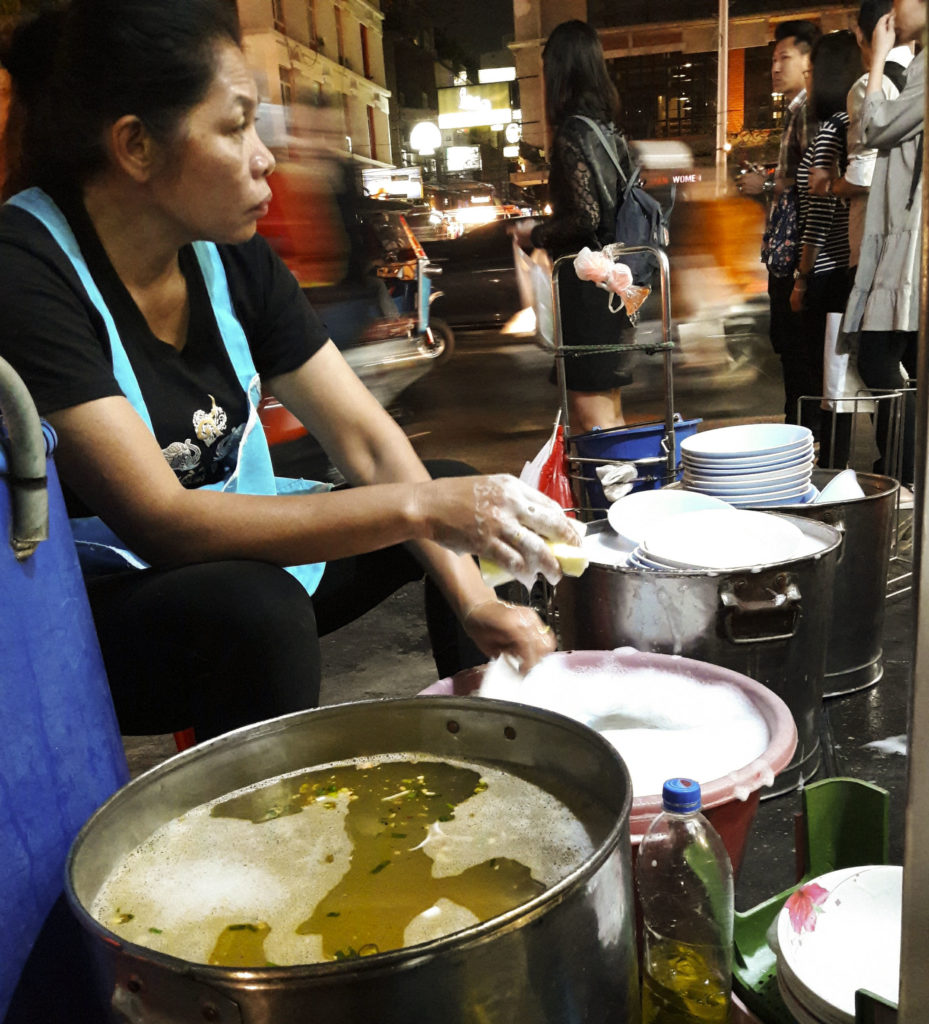 If I had to pick one photo to describe life of Bangkok, it would be this one – a woman washing the dishes in a bucket on the street.

I spent four days in there and I took hundreds of photos – from the remarkable temples and the iconic floating markets to the rushing tuk-tuks and the delectable street food. However, none of them captured the raw, unedited street life as this photo I made on my very first evening in Bangkok.

On a neighborhood street off the beaten tourist track, I was sitting on the corner of a tiny table with a bunch of locals and Victoria, the Polish-Canadian, I met in the hostel. We were waiting for our Pad Thais, the Thai traditional dish, to get ready. It was a Tuesday and hundreds of Thai people were queuing in front of the food stalls to get food before they head home after a long day of work. Bangkok people don’t cook. And why would they when they could literally find delicious, cheap meals at every corner.

It was hot, sweaty and sticky. A hundred smells invaded my senses all at once.  All unfamiliar. I looked around. Tuk-tuks were passing by an arm’s length away from us squeezing between the cars. A woman was frying chicken, next to her another one  – steering noodles, followed by a guy chopping a pineapple. I couldn’t see the end of the food vendors. On the other side of the street people were selling anything from flowers to socks. A cacophony of sounds bombarded us from all sides. 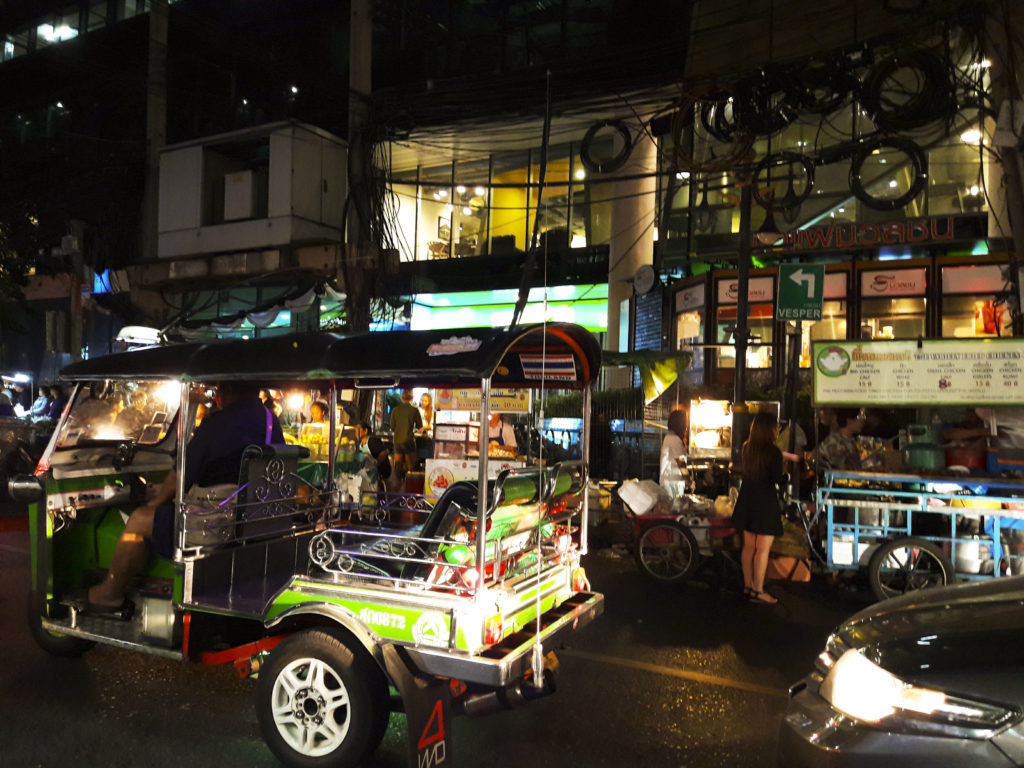 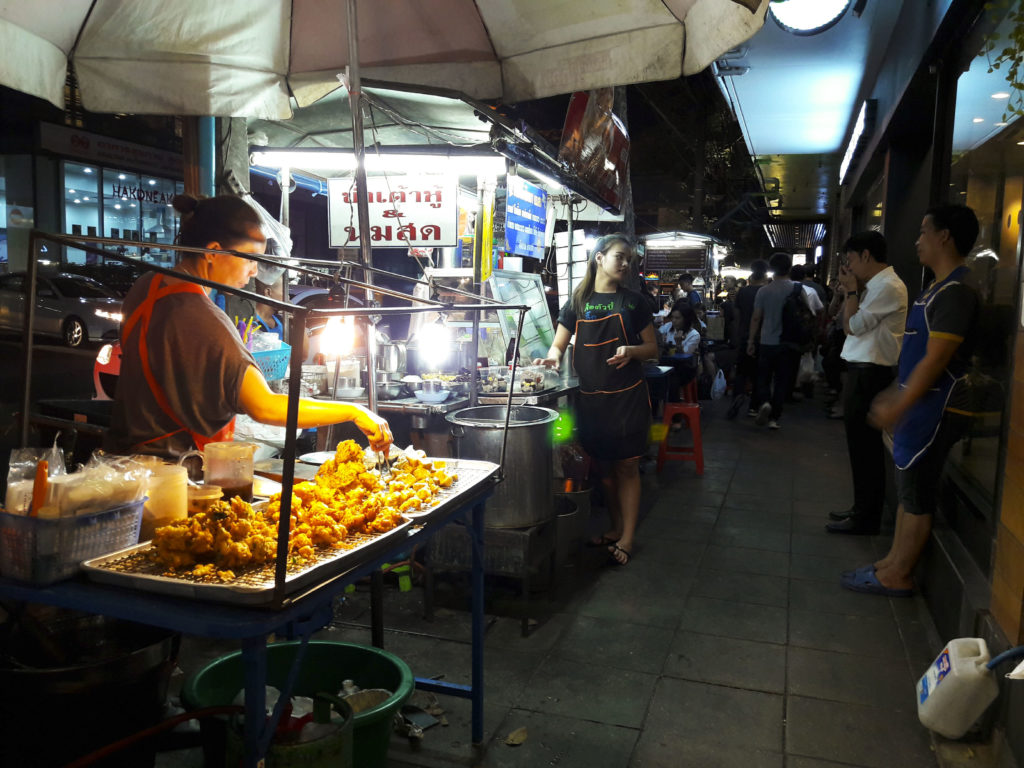 I turned around and I saw her. She was taking care of the dirty dishes of three food vendors, including ours. First she was soaking them in soapy water, then in clear one and voila, they were ready for the next serving. I snapped a few photos with my phone. All blurry, all in motion. 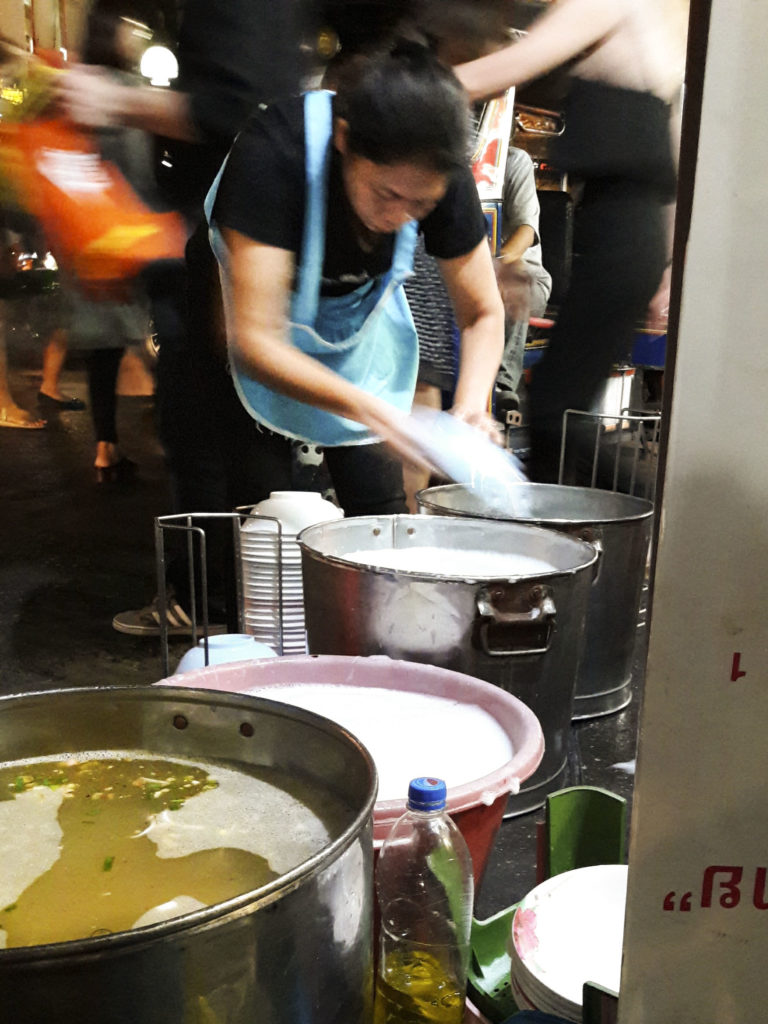 I was eating my Pad Thai, undisturbed by that sight. I was thinking how the same sight in Europe, would have completely grossed me out. But somehow in Bangkok, in the hustle and bustle of the street, that seemed ordinary. And the Pad Thai? It was delicious. 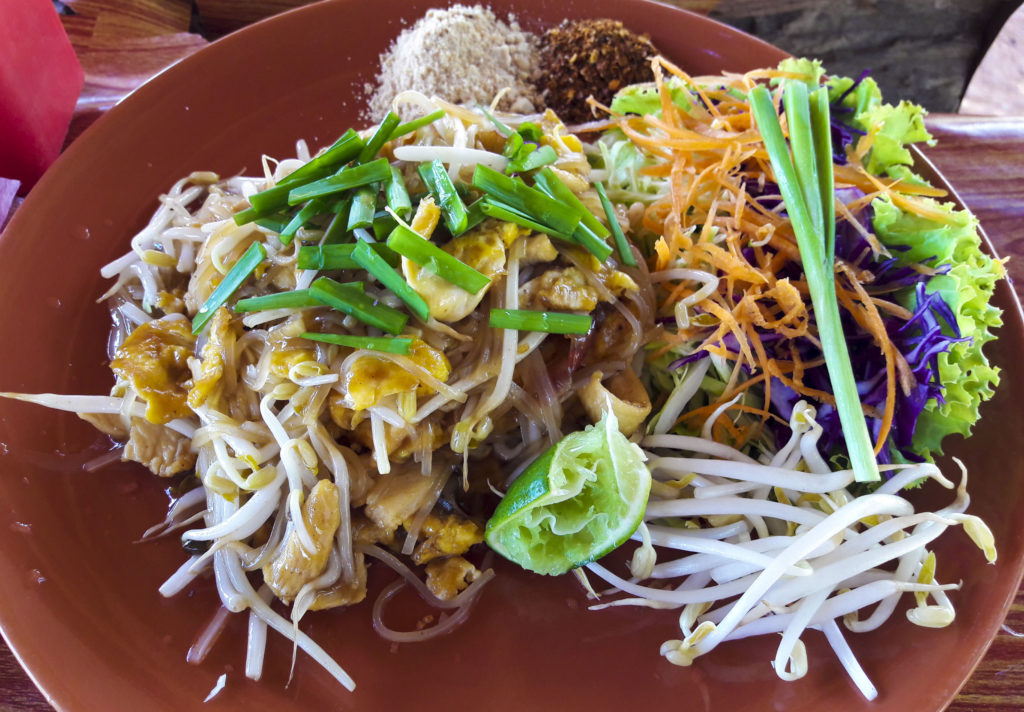 Another busy day for the street vendors was coming to an end. Tomorrow they could move the “restaurant” to another location, who knows. In Bangkok, only the street is the limit.